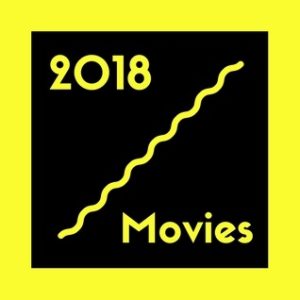 Cinema goers and movie watchers are always on the lookout for the best releases of the year so that they can plan their dates, meetings and plans accordingly. There are a lot of movies who are off shoots of the previous hits. Some of the movies are sequels and highly anticipated. While some movies are total new concepts with the hopes of getting rave reviews from the viewers. Some of the movies that are going to be released in the year 2018 are:

Avengers: Infinity War – Action, Adventure and Fantasy
This is again going to be another super hero studded movie with an amazing star cast. The plot of the movie is yet to be revealed.

In this yet another Hell Boy, we get to see the impending end of the world that is going to occur because of the battle between the Hell Boy and the Blood Queen. Hell boy is hell bent to prevent the end of the world.

Jurassic World: Fallen Kingdom – Adventure, action and Sci-fi The plot is unknown, but the Jurassic Park movies are always able to attract the attention of the viewers. The amazing graphics, 3D imagery and stellar cast never fails to amaze the audience.

Halloween – Horror
The story revolves around the four-decade cat and mouse game between the masked killer, Michael Myers and Laurie Strode. The masked killer has haunted her ever since she was able to escape his wrath on that un fateful Halloween night.

The Predator – Horror, Action and Adventure
This is going to be a sequel to the 1987 sci-fi film. There is a lot of hype around the movie and people are expecting it to take the sci-fi fiction to an astonishing level. The plot of the movie is still un known.

Solo: A Star Wars story! – Adventure, Sci-fi
A star war movie is always close to many viewers hearts! In this story we will get to see the adventure of Han Solo and Chewbacca before they joined the Rebellion. It will also be including the encounters they had with Lando Clarissan.

M:I 6-Mission Impossible – Adventure, Action and thriller
Starring Tom Cruise, this is another Mission Impossible movie that is going to be a treat for the viewers. The plot of the movie has not been revealed yet.

Winchester: The house that Ghosts built – Horror, Biography and Fantasy
A fire arm Heiress feels that she is haunted by the ghosts of the people who have been killed by the Winchester.

12 Strong Action – History and Drama
The movie revolves around the story of the first ever special team that was sent to Afghanistan after the 9/11 happened. The team has to work with an Afghan warlord to bring down the war lord. In this intense and nail biting action film, viewers will visit the blazing sands and rugged terrain of Afghanistan!