One of our most memorable movies to supply extras and support artists for was the Frank movie starring Michael Fassbender. We’ve Got Talent were tasked with supplying 100 extras to be filmed in various locations across central London as a part of the promotional campaign in the run up to the film. The crowd supplied were required to be diverse in height, gender and race but wearing uniformed Frank masks as seen in the film. One of our extras was lucky enough to be a body double for Michael Fassbender meaning they had the treat of wearing the actual ‘Frank’ head. The shoot ran across 6 hours in 10 iconic location including Westminster, The Buckingham Palace and Leicester Square. 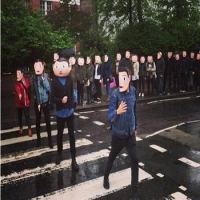 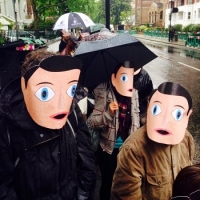 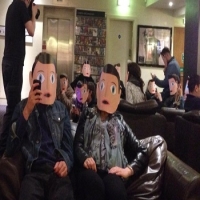 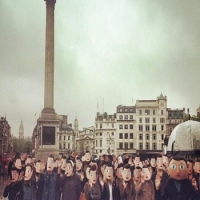 What was the movie about? Much-admired Irish director Lenny Abrahamson follows up his award-winning films Adam & Paul, Garage, and What Richard Did with an unusual comedy about a young aspiring musician, Jon (Domhnall Gleeson), who finds himself out of his depth when he joins an avant-garde pop band led by the mysterious and enigmatic Frank (Michael Fassbender), a musical genius who hides himself inside a large fake head, and his terrifying bandmate Clara (Maggie Gyllenhaal).

The target for the event was to secure stills and video content in six iconic London locations to be used for numerous media and online campaigns. The We’ve Got Talent logistics team interjected with a new proposed route we managed to secure 10 locations on schedule allowing for a more diverse range of footage to be captured. Our client was delighted with the enthusiasm and professionalism of our background artists despite the unexpected downpour of rain. They also complimented our onsite event manager (which are supplied free of charge on all substantial requirements) who communicated between the crew and the extras to free up more of their time.