At We’ve Got Talent we were delighted and proud to supply extras for the fantastic Rush movie that was released back in September 2013 starring the fabulous Chris Hemsworth (playing James Hunt) and Daniel Brühl (playing Niki Lauda).

The film was directed by Ron Howard who has such blockbusters as A Beautiful Mind, Apollo 13 and The Da Vinci Code to name a few on a rather impressive directing CV. 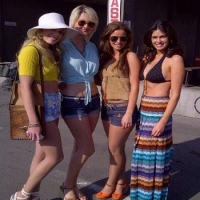 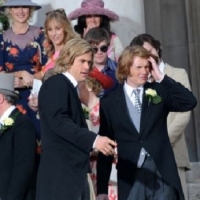 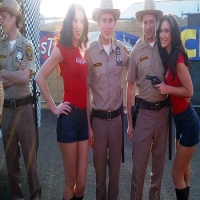 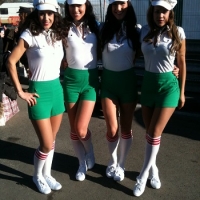 Rush shows the true story of the massive rivalry that shocked the world of F1 In the 70’s. During this time FI was huge and considered extremely sexy and the rivalry between James Hunt and Niki Louder had everyone’s attention. The playboy that is James Hunt and his brilliantly talented nemesis Niki Lauda.

The film shows how the two drivers push themselves to the limit trying to win that season and win their personal battle with each other.

The casting executives for the film set us the challenge of arranging more than 200 extras to be in the crowd during the filming for the racing scenes at the circuits. The brief we were given was to think 70’s and have a diverse range of people that would fit the look and have the feel for motor racing at that time. With 5am starts for makeup and outfits we needed to make sure the staff extras we arranged not only matched the brief required but were also excellent with early starts. Our team here at We’ve Got Talent also had a good 4 weeks where we were all in the office making sure everyone arrived and was on set at the required times. In addition to the crowd extras we also supplied beautiful ladies that were acting as the grid girls at the time for the track scenes as well as ladies to play as some of James Hunt’s many adoring female fans and girlfriends.

Our bookings team worked tirelessly to ensure we delivered everything that was asked of them with beautiful ladies and hundreds of people each day for the crowd scenes. The casting executives were delighted with our contribution with hiring supporting artist and we like to think we did our bit at We’ve Got Talent to assisting the movies great success